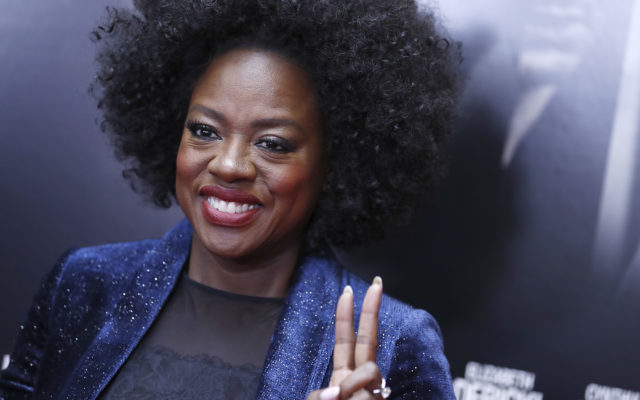 The organizers of the Palm Springs International Film Festival have announced that Oscar-winning actress Viola Davis will
receive the Desert Palm Achievement Award for her starring role as an influential blues singer in 1920’s Chicago in “Ma Rainey’s Black Bottom.”

`Viola Davis is one of the most celebrated actors of her generation from her powerful roles on stage and screen including `Fences’ and `How to Get Away With Murder.’ In her latest film `Ma Rainey’s Black Bottom,’ Davis fully embodies the famous blues singer Ma Rainey in an explosive and memorable performance, which is sure to receive an Academy Award nomination,” Festival Chairman Harold Matzner says.

`Ma Rainey’s Black Bottom” is based on the play of the same name written by August Wilson in 1982. The Netflix-distributed film co-stars Chadwick Boseman, who died from colon cancer during post-production.

Both Davis and Boseman received Golden Globe nominations for their work in the film.

The Palm Springs film festival’s in-person activities, including the awards gala, are canceled this year due to the coronavirus pandemic. But the Palm Springs International Film Society still plans to acknowledge this year’s most celebrated films and film performances via a tribute that will air on Feb. 11th on “Entertainment Tonight.”

Festival organizers previously announced director Chloe Zhao (`Nomadland’) and actors Anthony Hopkins (“The Father”), Andra Day (“The United States vs. Billie Holiday”), Leslie Odom Jr. (“One Night in Miami”), Riz Ahmed (“Sound of Metal”), Gary Oldman (“Mank”) and Carey Mulligan (“Promising Young Woman”) as 2021 honorees, along with “The Trial of the Chicago 7” as the winner of the Vanguard Award that recognizes a director and cast for “collective work on an exceptional film project.”

Variety will honor British director Steve McQueen with the Creative Impact in Directing Award at the 10 Directors to Watch and Creative Impact Awards virtual event on Feb. 26th 2021  for ‘Small Axe,’ a collection of films he created for Amazon Studios.

The Palm Springs International Film Festival is set to return next year.

More information can be found at www.psfilmfest.org.