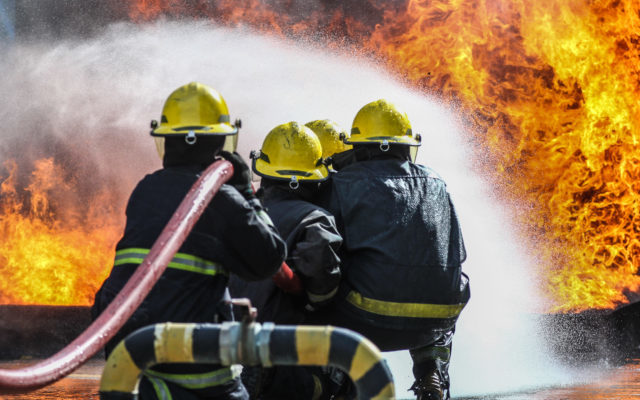 Santa Ana winds and low humidity are expected to significantly raising the threat of wildfires in most parts of Riverside County on Wednesday September 9th 2020 , according to the National Weather Service.

NWS  has  issued a Red Flag Warning for the Riverside metropolitan area, the Riverside County mountains and the San Gorgonio Pass near Banning that will last until 8 p.m. Wednesday September 9th.

The Coachella Valley is not included in the warning.

Humidity levels are also expected drop to 10-15 percent during the day.

Sustained winds are expected to reach 15-25 mph, with gusts potentially topping out at 35 mph through mountain passes.

These conditions mean outdoor burning is not recommended and any fires that develop will likely spread rapidly, according to the NWS.

Residents are also advised to bring flammable objects indoors, have an emergency kit ready to go, and  at least a half-tank of gas in the car .  Keep cell phones and electric vehicles charged.

High temperatures Wednesday  could reach 95 degrees in the Coachella Valley, 96 in the San Gorgonio Pass near Banning, 93 in Riverside, 91 in Lake Elsinore, 92 in Temecula, 92 in Hemet and 76 in Idyllwild.

For the desert and the mountains, those are drops of 25 degrees from weekend highs on September 5th and 6th.

18 hours ago
Connect With Us Listen To Us On