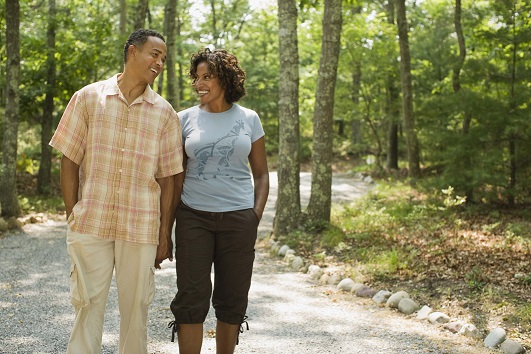 A new study from the University of Massachusetts at Amherst indicates you can reduce that long walk you are having each day.

The fad of walking ten-thousand steps per day is not based on any science at all, according to UMass researchers.

They found walking only six-thousand to eight-thousand steps a day is more than enough to reduce your risk of early death by 54-percent for people age 60 and older.

The study shows there is no additional benefit from walking more than 8-thousand steps per day.

So, who came up with the ten-thousand step concept.  It was part of an advertising campaign in Japan by a company selling pedometers.

Couple holding hands and walking on a path.