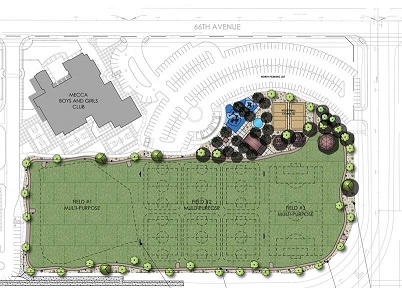 The roughly 6 and a half acres park will be right next to the Mecca Boys & Girls Club and near the Mecca Family & Farmworker Service Center.

Riverside County and the Desert Recreation District will host a groundbreaking ceremony for the project, scheduled the morning of Saturday, April 30th.

It’ll take 8 months to build the park, and it should be ready to open in December  2022.

Three Peaks Corporation of Calimesa will build the park according to what has been drawn up by Holt Architecture. State and county tax dollars will pay for it.