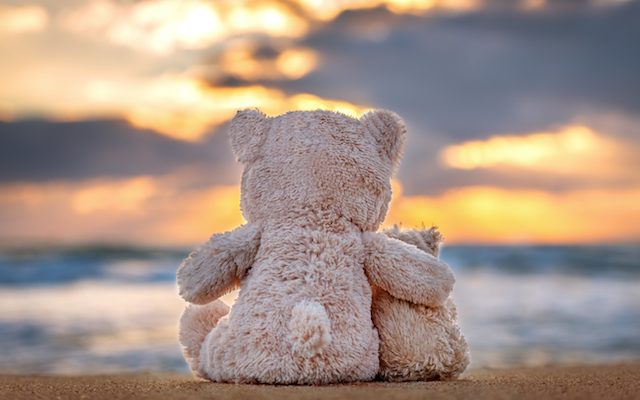 Deputies with the Los Angeles County Sheriff’s Department on Thursday reported seeing something “unusual” walking along the highway between Los Angeles and San Francisco: a giant teddy bear. “This was a bear-y unique situation,” reads a tweet from the sheriff’s department. “You may have seen a large teddy bear walking through town.

One of our deputies got to meet the individual inside the bear and learned his goal is to complete a walk from Los Angeles to San Francisco.

We wish him the best of luck on his adventure!” The man in the costume, who’s known only as “Bearsun,” says he began his trek in Little Tokyo on Monday and hopes to reach San Francisco by Saturday. He’s chronicling his journey on Instagram.