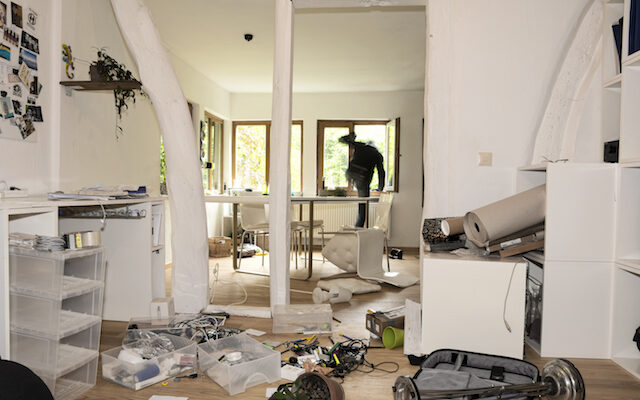 A burglar who was caught red-handed robbing a New Mexico couple’s home was so embarrassed, he gave the pair $200 before taking off.

That’s according to Santa Fe County Sheriff’s Office officials, who say the couple returned from a night out to find the unidentified thief in their home, where he’d taken a nap, ate some of their food and drank their beer.

Although the burglar had an AR-15 rifle with him, he didn’t use it to threaten the couple.

He simply left them the money — to pay for a window he’d broken — and left.

Sheriff’s officials are still trying to determine the burglar’s identity, they say.