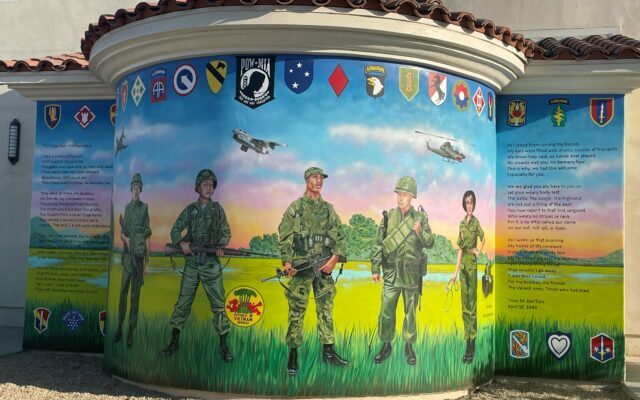 The City of Coachella is taking the wraps off its new Vietnam War Memorial mural at Veterans Park.

City officials will be on hand on Thursday March 17th at 10 a-m.

The public is invited.

The mural is on 4th Street  between Vine and Orchard, and it features  the poem titled “Forgotten, Unforgettable”.

Local artist Autumn Martino, a native of the desert, created the mural.

The City’s Art in Public Places Program paid for it.

Photo from City of Coachella CA