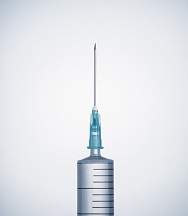 California did not have any propositions on its June 7th 2022 Primary Election Ballot.

It’ll have 7 measures on the November 2022 Ballot.

And it’s already working on a measure for the November 2024 Ballot if Climate Change does not turn mobile homes in Mecca into oceanfront condos in Oceanside.

One measure that has qualified for the November 2024 Ballot provides funding for pandemic detection and prevention by increasing tax on personal income over 5 million dollars.

It is an amendment to the California Constitution.

If passed by voters it would increase  tax on personal income over $5 million by 0.75% for 10 years. That would generate between half a billion dollars and one and a half billion dollars every year, depending on how many people with that kind of money decided to stay in California and pay the tax, or move to a place with lower taxes.

The State would used half the revenue to establish something called the California Institute for Pandemic Prevention, which we are told would come up with new technologies to detect and prevent future pandemics.

The other half of the revenue would go to  public health programs for pandemic preparedness, and  improvements to school facilities to limit disease transmission.

An Independent Scientific Governing Board would operate the Institute.

There is no guarantee the tax would end in just 10 years.