The Apple Fire that started in Cherry Valley on Friday, July 31st, 2020,  is still raging in the mountains of the San Bernardino National Forest.

Investigators now say the fire was sparked by a malfunctioning vehicle that was having trouble with its exhaust system.

According to Cal Fire, the  vehicle was leaking burning matter from its exhaust pipe, triggering three separate blazes that eventually merged into one about 5 p.m. Friday in the area of Apple Tree
Lane and Oak Glen Road in Cherry Valley.

“The determination is reinforced by multiple independent witnesses, as well as supporting physical evidence,” according to a Riverside County Fire Department statement.

“Officers are seeking information from anyone who may have seen a vehicle which appeared to have mechanical problems, or unusual smoke emitting from it. If you were driving on Oak Glen Road at the time the fires were small, Cal Fire peace officers want to talk to you.”

Anyone with information was urged to call the Cal Fire hotline at 800-633-2836. Callers may remain anonymous.
There had been early reports of a man walking along the roadway, igniting fires amid dry and brittle conditions and triple-digit heat, but those reports have not been verified.

Air tankers and water-dropping helicopters are still at work in the steep terrain, along with 2,565 firefighters.

“As the fire burns into the wilderness the vegetation is becoming sparse limiting fire intensity,” according to a statement Monday evening from the U.S Forest Service.

“The most significant fire behavior on Monday was in the area of Millard Canyon on the east side of the perimeter. Fire activity is being driven primarily by record low moisture content of the vegetation combined with high temperatures and low relative humidity.”

Evacuations are in place in both Riverside and San Bernardino Counties. An emergency closure order was put in place Sunday prohibiting all entry into the San Gorgonio Wilderness Area, including the Pacific Crest Hiking Trail between the Forest Boundary and Forest Road 1N01.

Residents north of Wilson Street, east of Sunset Avenue and west of Hathaway Street in Banning, were ordered to evacuate at 2:15 p.m. Saturday as flames crept toward the neighborhood, according to the Riverside County Emergency Management Department.

At 7 that night, residents were put on notice they should be prepared to evacuate from the area north of Morongo Road east of Millard Canyon Road, west of Whitewater Canyon Road.

Under evacuation orders since Friday were residents in the Banning Bench area, and those north of Cherry Valley Boulevard between Beaumont and Highland Springs avenues, according to the Riverside County Fire Department.

Officials estimated that 2,600 residences and 7,800 people have been evacuated and said they do not have a time frame for lifting the evacuations. For San Bernardino County Residents: The community of Oak Glen is under an evacuation order. Forest Falls, Pioneertown, and Rim Rock are all under an evacuation warning.

But due to Covid-19 fears, there are not many people there.

The American Red Cross was additionally assisting evacuees by putting them in hotels.

Riverside County residents were encouraged to visit the website www.rivcoready.org/ActiveEvents for an interactive map, where they can enter their address and see if they are in an evacuation area. They can also follow https://twitter.com/RivCoReady for updates.

On Sunday morning, management of the incident transitioned to California Interagency Incident Management Team (IMT) 2. A public information line was established at 909-383-5688.

The smoke column from the fire was visible throughout much of Southern California. The South Coast Air Quality Management District issued a smoke advisory through Monday night for the Coachella Valley, San Gorgonio Pass and the Hemet-San Jacinto Valley due to the fire. Residents were urged to stay indoors.

At the request of fire commanders, Southern California Edison turned off electricity along Oak Glen Road and surrounding side streets to prevent additional fires from breaking out as burned power poles collapsed and dropped transmission lines. The practice is known as a “public safety power shutoff.”

Initially, two fires were reported at 5 p.m. Friday in the area of Apple Tree Lane and Oak Glen Road on the north end of the unincorporated community bordering Beaumont and merged into one by 5:45 p.m. Firefighters sent to the location encountered three blazes coalescing in drainage with heavy vegetation.

Photo from Inciweb/ US Forest Service 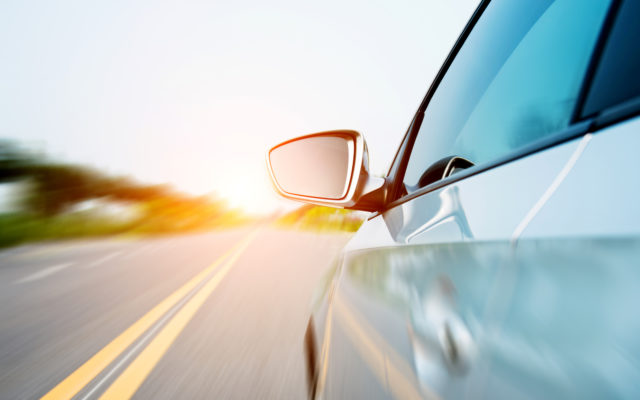